I know it’s hard to believe but yes, I am as old as Star Wars, as old as Fleetwood Mac’s Rumours album. I’ve been alive as long as Elvis has been dead. Today I am 40, so last night we had a 40th birthday party.

I suppose I could have hired a band for my 40th birthday party and it might seem odd to some that I would want to “work” on my birthday but let’s be honest, playing music isn’t really work is it? Playing for a room full of strangers and seeing a full dance floor is fun enough, but playing for a room full of the nicest people you’ve met over the last 40 years is the best fun I’ve ever had.

You might also think that there would be lots of pressure and stress; setting up a PA, organising the music for between sets, making sure you get to talk to everyone and then getting up to perform in front of everyone you know, but it was possibly one of the most relaxed gigs we’ve played. This might be because we’re old hands at this game now. It might be because I was the client. It could even be because we were all pretty well lubricated.

Whatever the reason we all felt like it was one of the best gigs we’ve played and it seems like everyone else had fun too. Who knows, a band that plays 90s music in 90s fancy dress could be our USP. It’s not common practice to make a big deal out of your 41st birthday but we may throw convention to the wind and do it again next year. 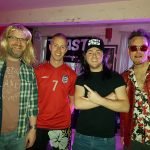 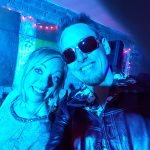 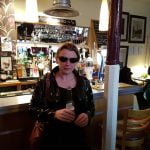 Trinity from The Matrix 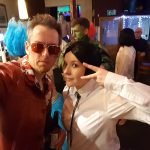 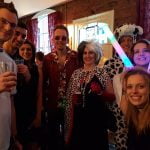 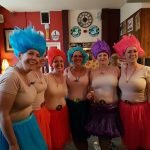 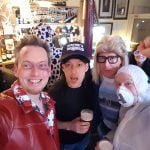 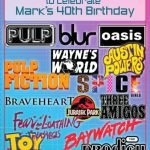