Also known as the Grenoside Beer Festival this little known but popular event started out life as a Tour De France Party. Four years on this family friend event is steadily growing and but retains the atmosphere of a big family party.

With 7 ales on, several lagers and ciders and a cracking DJ all this event needed was some live music. We were delighted to be invited back to play the Yellow Jersey Beer Festival for the second year on the trot and were sound checked and ready to go by 2pm.

As 8pm rolled around, and we were getting ready to start our first set, the DJ played his last song, Primal Scream’s Rocks. We had to laugh, this was to be our opener so we had to perform a sneaky set shuffle and stick it in the encore.

Our cold hands soon warmed up as we got the marquee jumping to 50 minutes of 90s and 00s cover versions. Half an hour break to sample a beer or two and we were back in for the second set opening with ever popular Take Me Out by Franz Ferdinand. 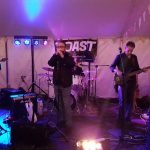 Very “Liam” in that parker 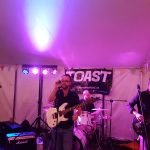 Soon warmed up though 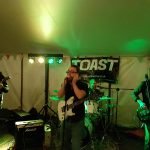 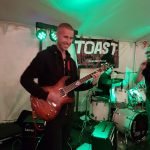 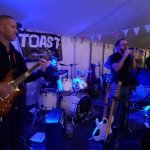 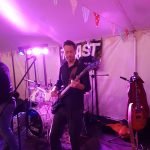 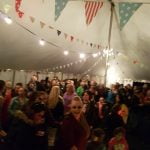 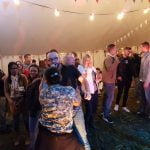 Shut up and dance with me!

As we wound things up with Rocks and Seven Nation army we left a tent of very drunk, contented revellers dancing the night away. Stopped to shake Mark, the organiser’s, hand on my way out.
“Same time next year?” he said.